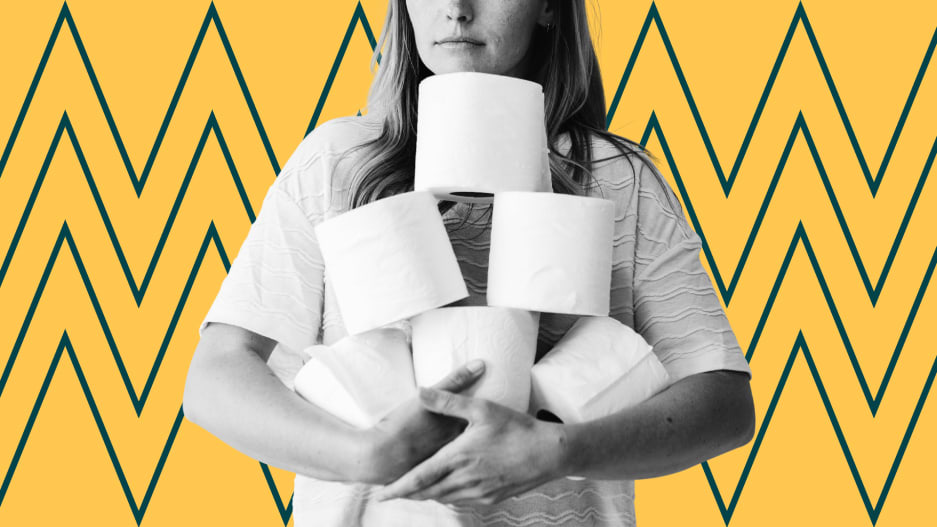 Was the coronavirus pandemic the bullwhip effect’s last hurrah?

Everywhere, the story was the same: panic-buying, as consumers stocked-up for a looming lockdown of an indefinite duration. Even people with full cupboards were buying more, because their friends and neighbours were buying more. Freezer sales soared.

And as skyrocketing demand worked its way through upstream supply chains, the result was chaos. With passenger aircraft belly-hold airfreight capacity was disappearing, air freight prices for dedicated air freighters soared. Ports were overwhelmed with inventory, with ships ordered to slow-steam so as to avoid adding to the congestion.

But of course, actual food consumption stayed the same. People weren’t actually eating more bread or pasta. Post-coronavirus, and post-lockdown, there won’t be an epidemic of obesity—or if there is, the culprit will be too little exercise, not too much food.

Welcome to the bullwhip effect: an oft-observed phenomenon well-known to business school professors and logisticians everywhere. Many of us in business schools and supply chain management courses have demonstrated it to our students through simulation games—’The Beer Game’ is a particular favourite. Based around a simple manufacturing process, students acquire first-hand experience ‘running’ a supply chain, making the kind of decisions that businesses have to make in the real world every day.

Whenever it’s played, The Beer Game always follows a predictable path. Despite rock-steady levels of end-consumer demand, production and inventories further down the supply chain oscillate wildly. Despite the fact that the demand for beer by the folks who drink it is pretty much the same from week to week, the supply chain plunges from one crisis to another, overstocked one week and working overtime the next.

Just like a bullwhip, the amplitude of demand fluctuations increases as the distance from the origin increases. A small movement with the hand produces a significantly movement at the tail of the whip.

What causes the bullwhip effect? It’s tempting—but mistaken—to blame feckless consumers. They, though, are just the trigger. The real answer is that part of the difficulty of dealing with the bullwhip effect is that it doesn’t just have a single identifiable cause.

That said, the major culprits are easy to pin down. Probably the most common cause, for instance, is the amplification of the inherent uncertainty that surrounds demand forecasts. Demand suddenly goes up 10%; you worry about running out of inventory—and you order some more from the supplier, opting for 15% more than usual to be on the safe side. The supplier in turn orders more from his supplier—this time increasing the quantity to 20%, as there’s clearly something significant affecting demand. And so on. And the same thing happens in reverse, when there’s a downturn in demand.

But other factors are also at work. Supply chains that feature pricing promotions, or volume discounts, for example, are also prone to the problem. It was notable, for instance, that at the height of the panic-buying frenzy, many retailers switched-off their volume-based promotions. When you’re battling the bullwhip effect, the last thing you want is consumers driven by ‘three for the price of two’ offers and similar inducements.

“Order batching”, where stable end-consumer demand is lumped into batches in order to (supposedly) facilitate order administration, and reduce processing costs, is another prime cause. Routinely in supply chain management we talk about concepts such as the Economic Order Quantity—but by lumping demand into buckets, they add to the bullwhip effect. And the act of shipping causes lumpiness in supply chains, with goods moved in units of truckloads, container loads, and shiploads.

So with so many separate causal factors, what can help battle the bullwhip effect? The answer comes from recognising that at root, the bullwhip effect is driven by simple supply chain planning and execution heuristics that serve to amplify and distort perceptions of real underlying demand as replenishment orders cascade through the upstream supply chain.

In one sense, that’s what most of the last twenty years has been about—both for supply chain functions, and for those developing ever-more capable supply chain management planning and execution systems. The grandiose dreams of the dotcom era weren’t wrong or misplaced, they were just premature. And we’re finally getting to the point where some of those ambitions are genuinely capable of realisation. The bullwhip effect is in retreat.

The human factor will always remain. Price promotions and volume-based promotions—at any point in the supply chain—will always distort real underlying demand. Enhanced agility and resilience, though, will minimise the worst effects of this.

Let’s be clear: the bullwhip effect isn’t going away. But going forward, the damage that it causes should reduce.