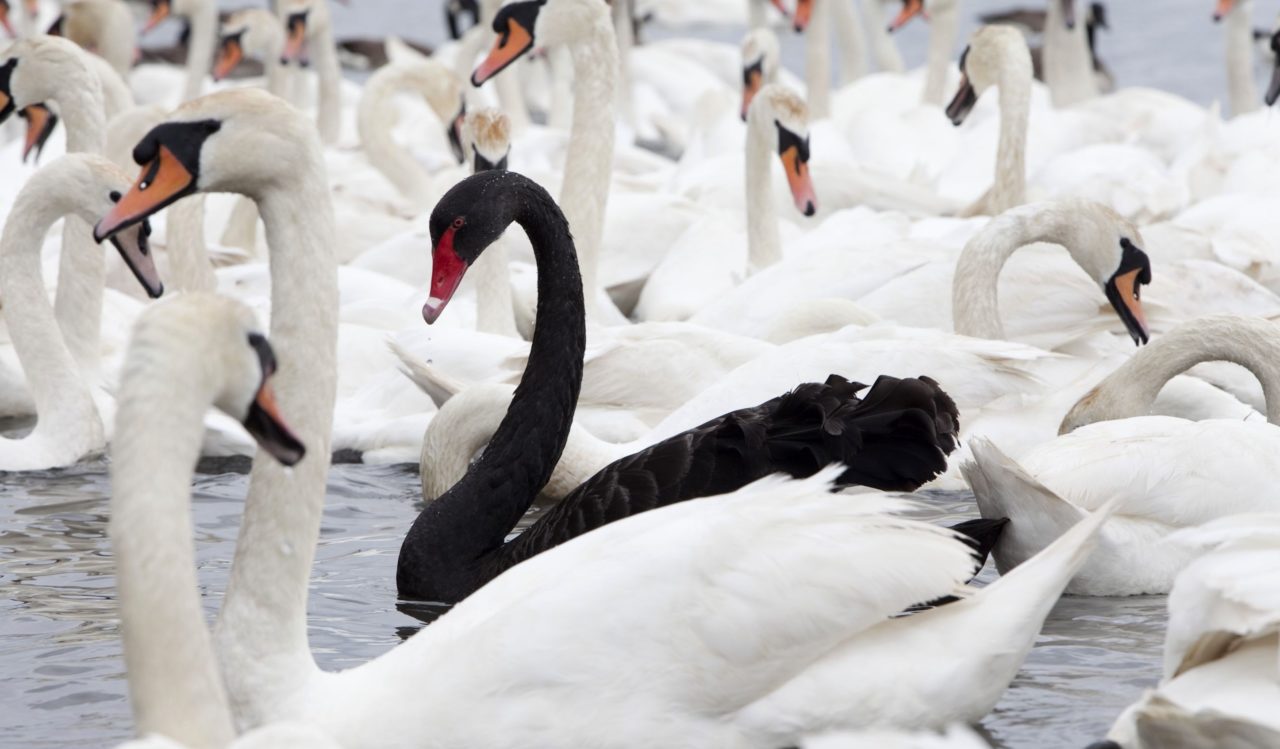 For statisticians with an interest in supply chains, the early years of this decade provided a fascinating example of the Poisson distribution in action—an early use of which, you might recall from your statistics lectures, was modelling the number of soldiers in the Prussian army who were killed by horse kicks.

For in short order, beginning with the 2010 eruption of Iceland’s Eyjafjallajökull volcano, the world’s supply chains were buffeted by one natural disaster after another.

The Eyjafjallajökull eruption, for instance, filled European air space with high-altitude ash clouds, and led to the closure of much of Europe’s air space. Some 95,000 flights were cancelled, causing significant disruption. Thousands of miles away, production was promptly halted at two Ford plants in Michigan, as well as at BMW’s plant at Spartanburg, South Carolina.

Almost a year later came a devastating earthquake and ensuing tsunami which hit north-eastern Japan in 2011. Within a matter of hours, large parts of Japan’s automotive industry had stopped production.

Nearby plants belonging to Honda, Toyota, Nissan and Subaru ground to a halt first. But soon, other Japanese automotive plants—even those far to the south—had stopped production, as parts shortages spread.

And as I pointed out in my book, Product Design and the Supply Chain: Competing through Design, other automotive manufacturers—even those who didn’t think that they had any Japanese suppliers—quickly found themselves battling to keep production lines open, as the disruption spread offshore.

And then of course, came the flooding in Thailand in October 2011. This submerged seven of the country’s largest industrial zones, with some under two metres of polluted water, again for several weeks. The New York Times reported that of the 227 factories in the country’s Khlong Luang industrial zone, only 15% had restarted production six months later. And once again, the disruption was global: two of the world’s largest manufacturers of computer hard drives, for instance, had factories in the affected zones.

Coming so close together, such disruption served as a massive wake-up call, which successive events—think of 2012’s Hurricane Sandy, the cross-Channel Dover-Calais disruption of 2015, and Europe’s 2013 horsemeat scandal—only reinforced. Supply chain planners and purchasing teams began rapidly re-thinking what they could do to mitigate the impact of such events.

Sacred cows were killed. The automotive industry’s reliance on single sourcing, for instance, was quickly abandoned. Lean just-in-time supply chains began to hold rather more just-in-case inventory. Buyers began to realise that a cheaper deal from thousands of miles away wasn’t necessarily a better proposition than paying a few cents more to a supplier just down the road.

And number of global manufacturers—among them BMW and the Ford Motor Company—began deployed sophisticated supply chain mapping and modelling tools, seeking to better understand and minimise the risks in their supply chains. The work of MIT’s David Simchi-Levi has rightly been applauded as an example of this.

But are Black Swans the real threat?

But has all this work, and contingency planning, been chasing after the wrong ‘black swans’—those exceeding rare, but nonetheless real, risks that have been popularised by the work of Nassim Nicholas Taleb?

Undoubtedly, the focus has been on low-probability, high-impact risks—so-called ‘game-stoppers’ in the jargon. That’s to be welcomed, of course. Anything that enables the world’s supply chains to be more resilient is obviously good for world trade and the global economy.

But does a bigger danger lie instead in high-probability, low-impact risks? The sort usually regarded as ‘friction’, or the cost of doing business? Cargo theft, for instance, or delays or damage caused by labour unrest, violent activism, and invasive vehicle entry for the purposes smuggling people or drugs?

Increasingly, I think so.

I’m the first to admit that statistics—to either support or disprove this contention—are hard to come by.

It’s difficult to get a handle on the frequency of delays and disruption, for instance, never mind their cost. Despite that, companies offering same-day expedited freight or priority freight services seem to be doing quite well. Faced with the cost of a shuttered factory or idled production line, chartering an aircraft seems cheap.

Cargo theft is another area where statistics are sparse. The Transported Assets Protection Association (TAPA)—a worldwide membership organisation focused on reducing cargo theft within supply chains—keeps some statistics, but relies on members to notify theft.

Nevertheless, a TAPA-led body, the Theft Protection in Freight Transport and Logistics Working Group, a grouping of several German business associations, reckoned that there were almost 26,000 cargo thefts from trucks in Germany in 2017, which collectively resulted in losses of almost €1.3 billion. 26,000 cargo thefts. That’s a lot.

And although it’s not a recent figure, a European Parliament estimate of an overall cost of cargo theft in Europe of €8.2 billion is often cited.

Either way, these are big numbers, entirely supportive of the ‘high-probability’ thesis. And as for impact, TAPA calculates an average incidence of cargo theft costs €53,625 in terms of actual goods stolen. Consequential damages, in the form of supply chain disruption and reputational damage, of course, are generally reckoned to be many times that.

Should white be the new black?

And if statistics are sparse, so are relevant academic studies. But those that do exist point in the same direction.

The classical study by Henricks and Singhal saw such risks as the most common sources of supply chain disruptions between 1992 and 1999. Repeating this work with slightly newer data, Wagner and Bode found a similar pattern, using large‑scale surveys among supply chain managers.

In short, it’s risks that are internal to the supply chain that cost firms the most. Put another way: supply chain risk experts should be worried about white swans, not just black swans.

It might be exciting to plan for large-scale natural disasters. But it’s probably more profitable to spend the money on better locks, secure parking provision, safer routes, and up-to-date travel advisories.