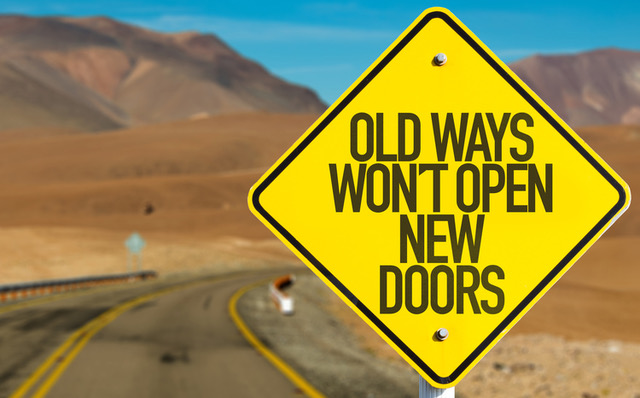 Disrupt, or be disrupted

Old ways of thinking are imprisoning us

He had a point: predictions are hostages to fortune, and it’s not difficult to think of a number of well-known predictions that turned out to be embarrassingly wide of the mark.

Thomas Watson, then president of IBM, wrote in 1943 that he saw a world market for maybe five computers. Steve Ballmer, then the chief executive of Microsoft, saw in 2007 “no chance” of the newly-launched iPhone gaining any significant market share. Telephones were just a toy that would never catch on, wrote the president of Western Union, William Orton, in 1876, when inventor Alexander Graham Bell offered to sell him the patent.

Nevertheless, not everyone has the luxury of being able to avoid being held to account.

Even so, making predictions about disruptive trends is excruciatingly difficult. While it’s easy to laugh at how wrong predictions can be, at the time those predictions may well have appeared to be sober, hard-nosed assessments.

All of which is worth bearing in mind as businesses and supply chains around the world begin figuring out what to do about several disruptive trends and events that are at present competing for our attention.

First up, the sustainability agenda. From the fuel that powers our trucks, ships, trains, and aircraft, to the paper and plastics that make up our packaging, logistics is very much in the crosshairs of sustainability activists’ sights.

Ignoring the issue is not an option—but right now, it’s difficult to see what options we do have. A few years ago, the focus was on ‘peak oil’ and running out of the stuff; now investors are alarmed at the prospect of so-called ‘stranded energy assets’—reserves of fossil fuels that may never be extracted because of their impact on climate change.

Next up: ongoing geopolitical uncertainty. Trump’s trade wars; Brexit; China and its ‘Belt and Road’ strategy; seemingly perennial Middle East tensions: these are not comfortable times in which to be determining supply chain strategies.

Nor is it solely geopolitical uncertainty that impacts supply chains. From the Japanese earthquake and tsunami of 2011 to the more recent coronavirus outbreak, again and again we see what an interconnected world we live in. Within days, an event on the other side of the world can disrupt supply chains thousands of miles away. Supposedly resilient, they turn out to be more fragile than anyone imagined.

Roll it all together, and it is increasingly difficult to avoid the suspicion that present approaches to supply chain management aren’t as effective as we supply chain practitioners fondly imagine.

In short, we need something else—not least a mind‑set change. Because transformation is only possible when we are willing and able to let go of our old patterns, old models, and indeed old concepts of what constitutes supply chain management.

Put another way, the biggest risk that businesses may face today is the risk of doing nothing at all. It is not an exaggeration to say that businesses can choose to disrupt, or to be disrupted.

As I point out to my students, Uber is the world’s biggest taxi company, but doesn’t own a single taxi cab. Airbnb and Booking.com are the world’s largest hoteliers, but don’t possess any hotels. And after being in business for a quarter of a century, Amazon—the world’s biggest bookseller—is finally experimenting with physical book stores.

Radical stuff, maybe. But those of us prepared to think the unthinkable are in good company. In late 2018, for instance, influential management thinker John Elkington took to the pages of the Harvard Business Review to officially ‘recall’—ie, take back—a concept that he had first launched 25 years ago: the Triple Bottom Line. Simply put, he argued, the Triple Bottom Line was no longer enough. Something else was needed; something bolder.

To those in the know, Elkington’s admission was startling. The Triple Bottom Line has had an enormous impact on businesses’ and supply chains’ approach to corporate and social responsibility, replacing a single-minded focus on profitability a broader focus on social, environmental, and economic impact—the Triple Bottom Line.

25 years on, it’s made a big difference. But it isn’t enough, acknowledged Elkington: too many businesses see it as a trade-off mechanism, rather than as an absolute test. Something else is required if businesses are to really ‘shift the needle’. Right now, though, we don’t yet know what that something else could be. But one thing seems certain: despite Donald Trump’s dismissive remarks at Davos this year, Extinction Rebellion and Greta Thunberg won’t let up on the pressure to find it.

And another concept that may be ripe for re-evaluation is the very notion of the supply chain itself. Look at many actual real-world supply chains, and it is difficult to escape the conclusion that ‘chain’ is arguably too mechanistic a description of fulfilment processes– too linear, too uni-directional, too evocative of inflexible conveyor belts. In industry after industry, real life doesn’t work like that any more, if indeed it ever did.

What to replace the term ‘supply chain’ with? I rather like the suggestion that ‘supply web’ would be a better term, a term that is closer to what many of us deal with in practice, and which brings with it values of flexibility and resilience, as well as facilitating two-way flows and multiple sourcing connections.

Does such re-labelling help? Shakespeare, after all, aptly observed that a rose by any other name would smell as sweet. But with all due to respect to the bard, I disagree. We need that mind‑set change. We need to let go of our old patterns and old models, and embrace new thinking. As practitioners, supply chains imprison our thinking, locking us into paradigms that constrain us. Supply webs open us up to new possibilities, new paradigms, and potentially new and different processes.

And with the challenges the world faces, those new possibilities, paradigms and processes have never been more needed. Disrupt—or be disrupted. Be an Uber, Airbnb, or Amazon. And not a moribund traditionalist.